Gaming industry legend, Blizzard Entertainment, was set to launch their first new franchise in many years — the incredibly anticipated first-person shooter, Overwatch. With so many critical eyes on the launch, Blizzard knew it had to get this right. After an intense, competitive proposal process, they selected Motif as their partner to bring Overwatch to Pax East 2015.

Success at the show was all about making the attendees fall in love with the characters and ensuring that as many people could try the new game as possible.

To accommodate the large number of gaming stations needed to satisfy the massive crowds, we achieved most of Blizzard’s corporate branding with a 40′ x 40′ x 9′ tall tapering hanging sign. It was the first thing attendees saw as they rode the elevators down onto the show floor.

The corners of the space were anchored by well-lit 16′ towers featuring large images of the game’s characters. 80″ screens provided their background story and information on their strengths and weaknesses.

Because of the crowd size, special attention was paid to the design of the queue and gaming space. Beyond the 48 game stations, we added 20 slaved monitors so that people in line could soak in the gameplay and absorb the back story.

The solution also featured a noise-controlled press room and a large staff room where the Blizzard team could temporarily break from the constant crowds.

As the show opened, attendees literally sprinted to the queue lines. But the success of the design was immediately visible. Though wait times never dipped under 2 hours for the duration of the show, attendees stayed engaged and entertained in line.

The final environment was a masterpiece in technology and space planning — working designed to entertain, educate and guide an enormous amount of people through a very active space.

The exhibit was featured extensively both online and in print media around the country, even landing on the front page of USA Today’s entertainment section.

Today, Overwatch has over 10,0000 million players, and the game’s launch is widely considered as one of the most successful of all time. 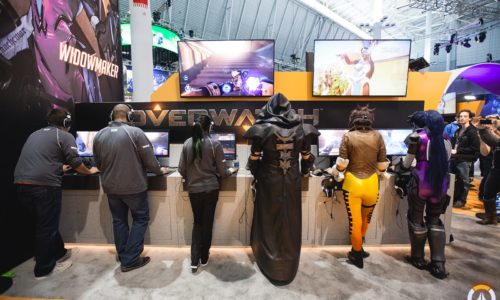 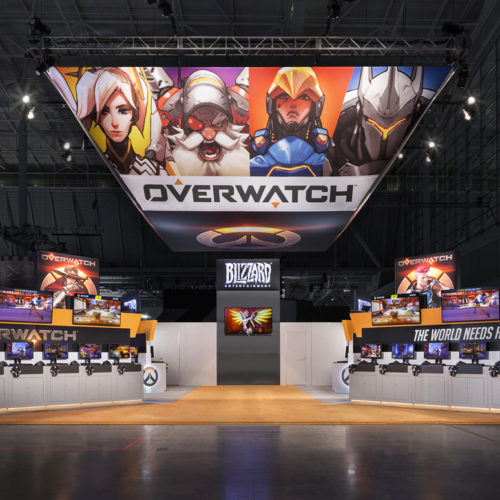 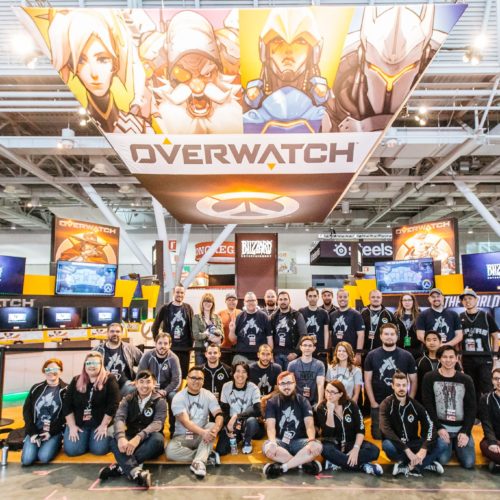 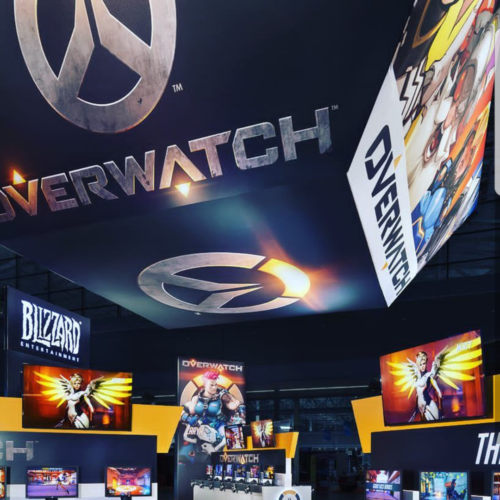 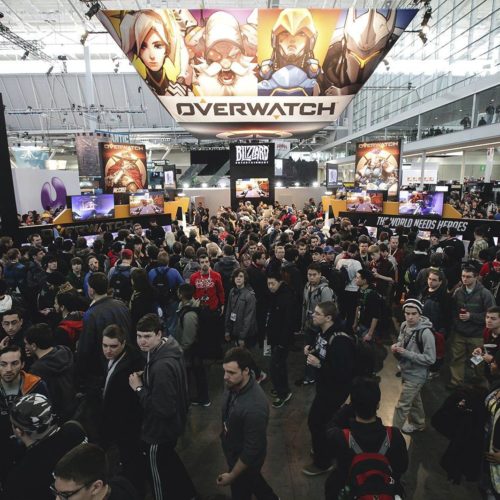 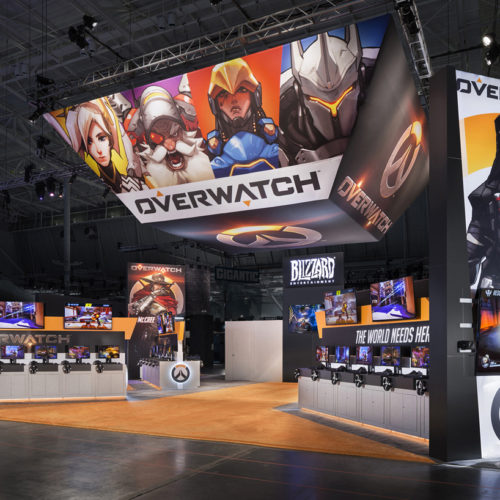 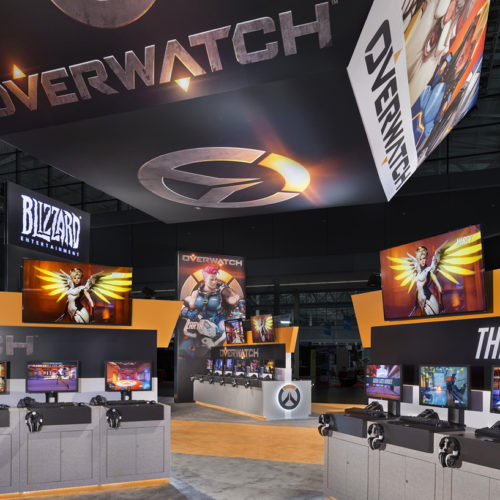 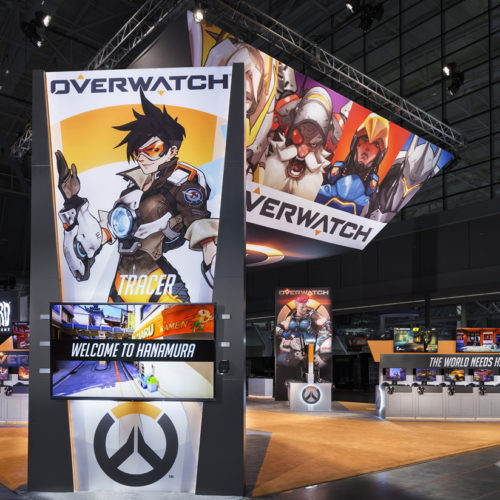 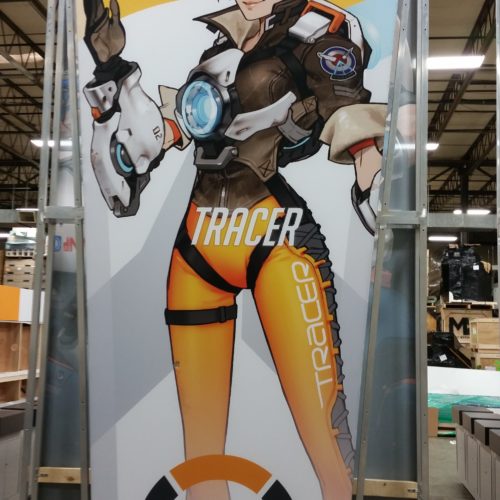 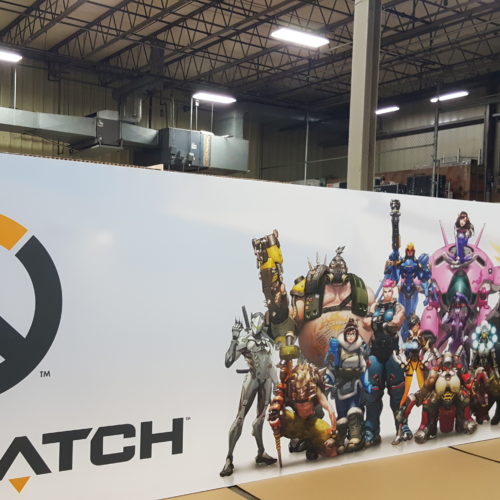 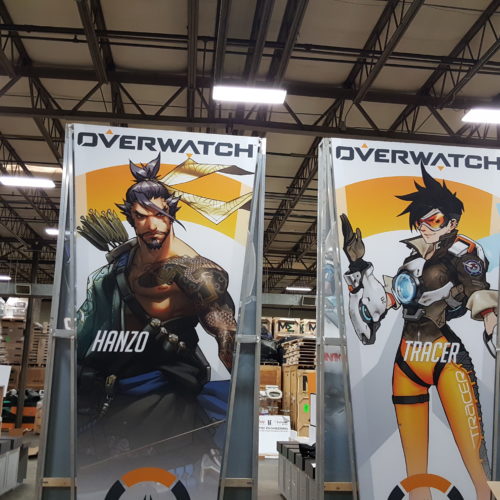 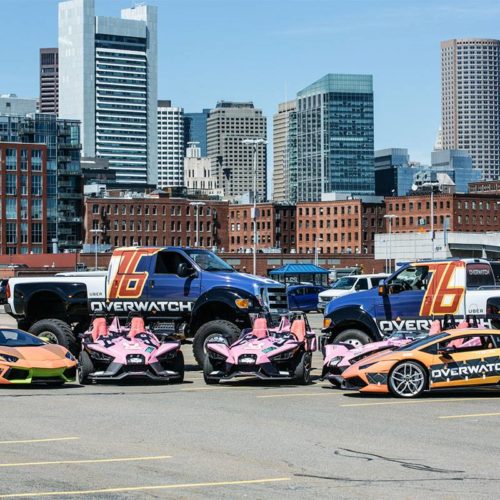 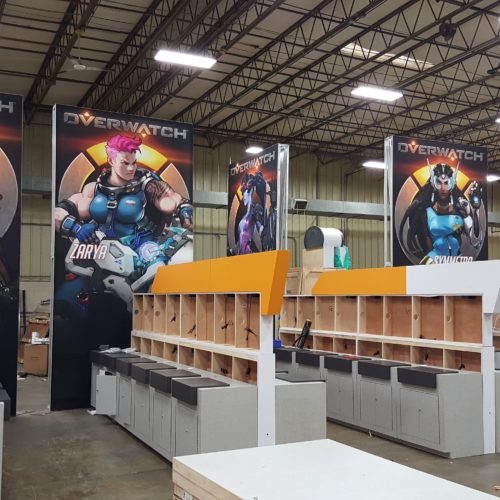 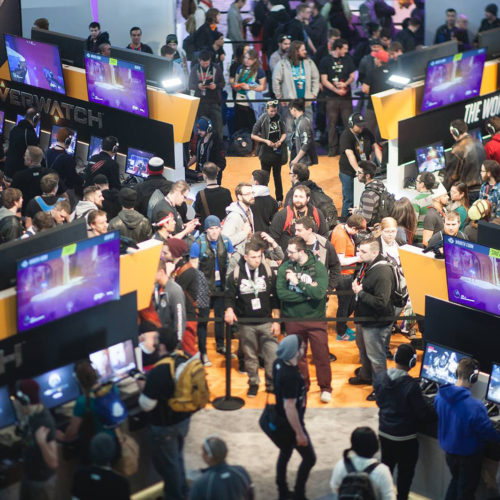 One of my favorite projects of all time. An incredible amount of enthusiasm, attention to detail and positive energy resulting in a perfectly functioning and breathtaking environment.