Blizzard Entertainment attended the 2016 Pax West Seattle Event with the goal of launching a highly anticipated update to their World of Warcraft: Legion. In addition to accommodating show attendees, the WOW: Legion team hoped that the space could contain a live stage to broadcast gameplay and exhibit action to fans who could not attend the event.

As with every Blizzard Entertainment project, the space needed to be an experience — something memorable that would allow fans to engage with the new worlds and the new characters in the game.

The solution contained Motif’s largest fabric structure to date – a 50′ wide tension fabric arch that served as a gateway to the exhibit. With a custom World of Warcraft: Legion logo and over 70′ of pliable LED lights, it cast an electric green glow over the entire space. Massive back-lit towers anchored the corners, illuminated the interior and gave visitors something to photograph while they waited their turn to play.

To engage and entertain attendees in the queue, we designed museum style showcases featuring real-life replicas of weaponry and artifacts from the game. And in the center of the space, a custom-built stage featured celebrity Twitch streamers, who broadcast gameplay and commentary live from the show. 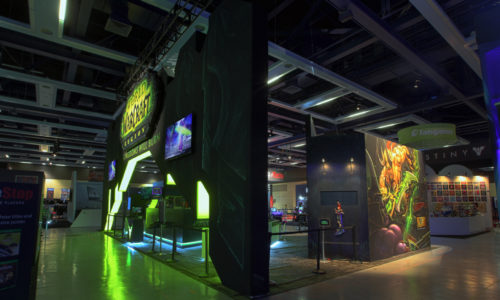 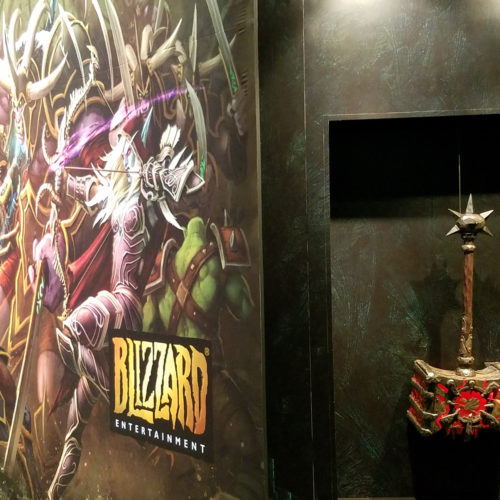 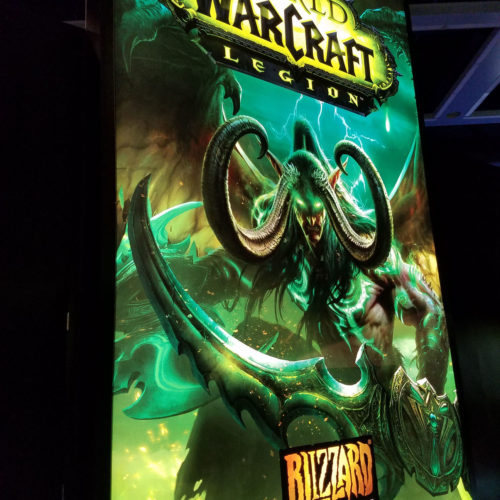 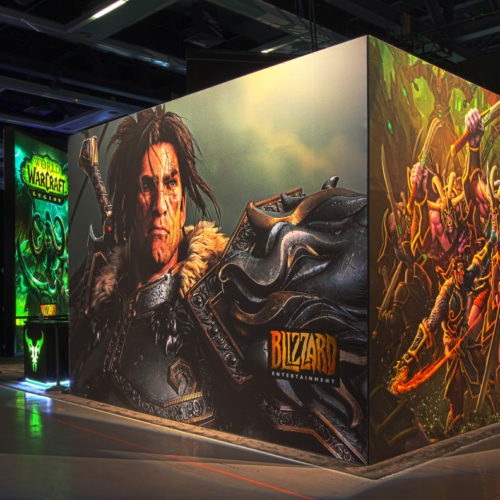 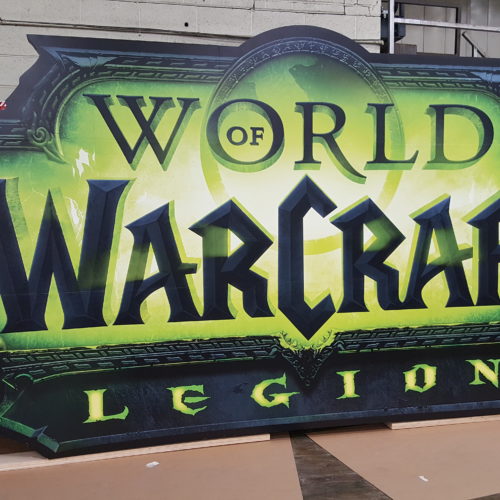 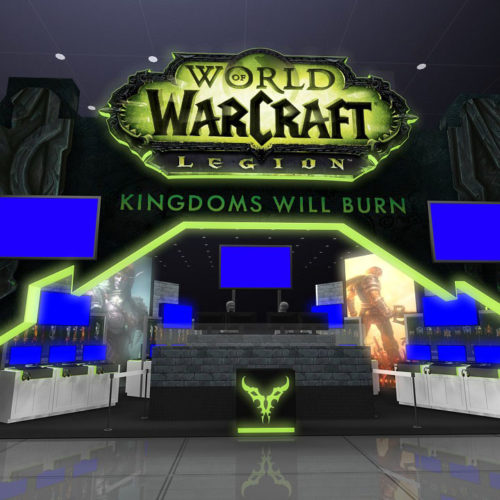