Golf is big business, and nowhere is the business of golf bigger than the PGA Merchandise Show in Orlando, Florida.

Foresight, a valued Motif client since 2015, has grown into one of the premier exhibitors at the event. Year after year, they count on us to raise the bar and help them achieve their objectives. In 2019, those objectives were all about the launch of “Total Range” solutions and the unveiling of the GCHawk.

To demonstrate the new products to as many people as possible, Motif’s design incorporated four simulation bays into the 50×70 space. The exhibit featured a raised deck that towered above the show floor. Executive meeting space occupied the top with a screen-projection hitting bay below. A massive 9′ x 50′ LED wall was visible from anywhere on the show floor. It alternated messages — announcing the launch of the GCHawk and promoting Total Range solutions with vibrant floor plans.

As they approached the space, the Foresight faithful were greeted in a large reception area, complete with a putting green. The front of the exhibit featured a 20′ tower with a second LED wall, and an elevated main stage allowed attendees to try the software on a third LED Wall. 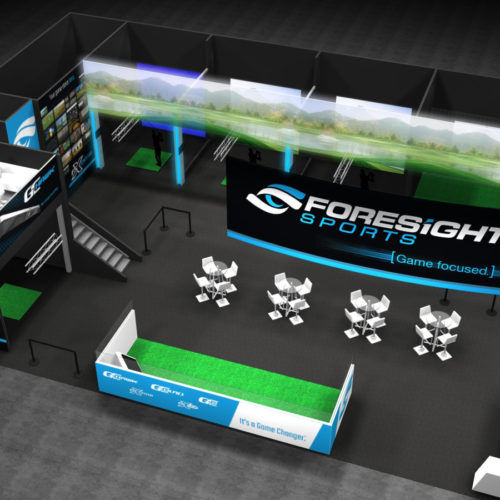 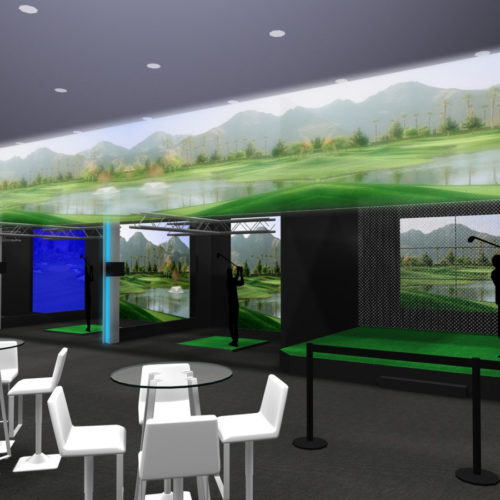 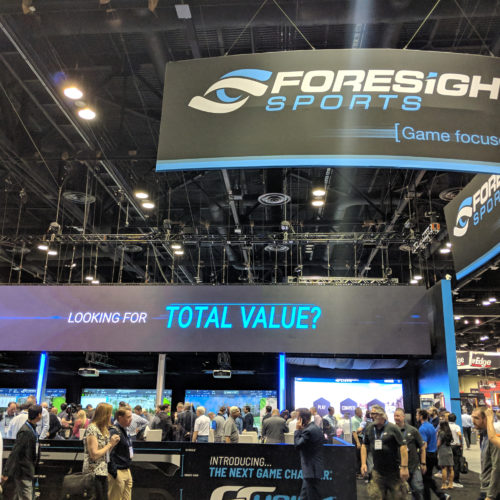 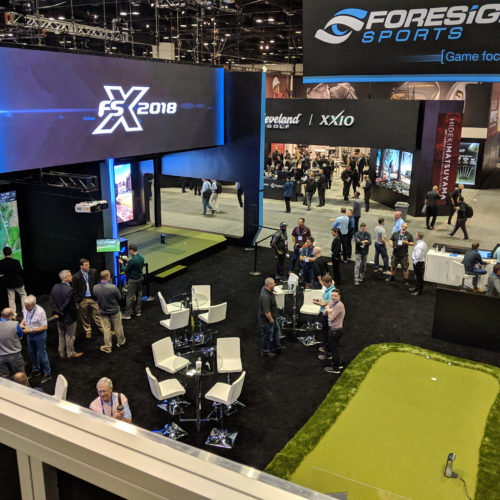 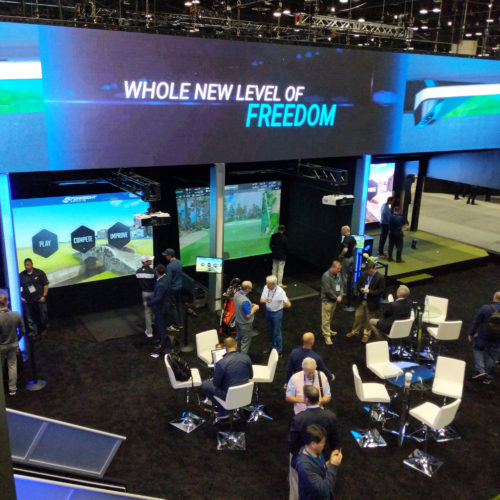 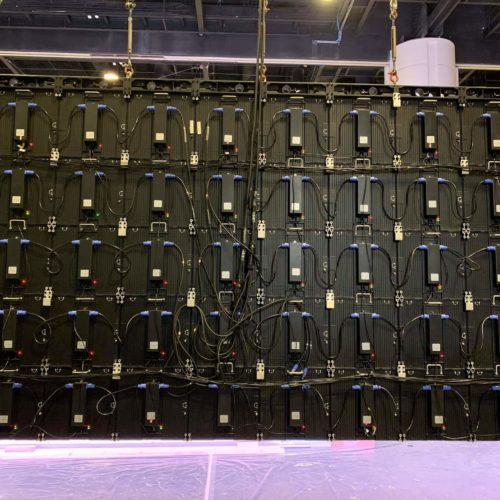 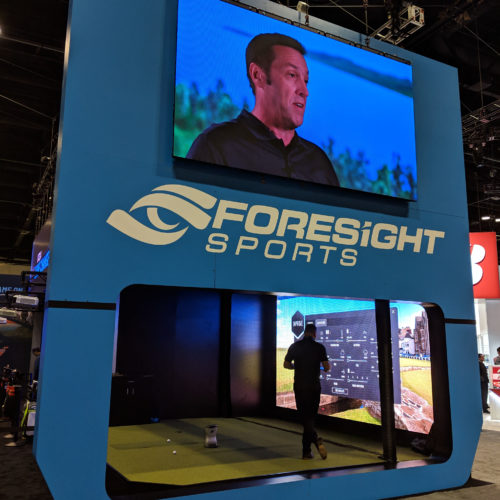