Whether or not you’ve heard of Telebrands, you are probably familiar with their legendary infomercials. The company practically invented the direct response category. They’ve sold hundreds of millions of products, including AmberVision Sunglasses, The PedEgg, and The Inflatable Garden Hose.

In January of 2016, they came to Motif for their first major exhibit rebuild and brand refresh in many years. It would debut at the International Housewares Show in Chicago. The company wanted a design that limited casual interactions. One that would focus them on high-value meetings with longtime buyers eager to learn “What’s Next?” They requested many private board rooms and ways to make valued clients feel welcome.

The 50′ x 60′ space was defined by seven aluminum and fabric arches that extended 50′ over the space. A canopy stretched between the arches, and three massive dimensional Telebrands logos were suspended from it to ensure visibility from every point on the McCormick Place South Floor. A custom reception counter backed by a large LED water and bubble wall served as the perfect area to greet attendees.

Three double-deck structures were positioned throughout the space. All of which allowed for private meeting spaces above and open floor spaces below. One of the structures hosted live cooking demonstrations featuring celebrity chefs and the company’s new Red Devil no-stick cookware. Large LED video walls streamed the cooking demos and looped information about the company.

The interior of the space was lined with LED lit showcases featuring different Telebrands product lines. Each case represented a stop on the attendee tours, leading to the private meeting spaces. Below another of the double deck structures, private meeting space was reserved for Telebrands’ founder, A.J. Khubahni, to introduce prototype products. A large private room under the third deck held the Telebrands Cafe. It served three-course meals and hospitality service for the entire run of the event. Attendees visited the cafe, loaded their plates with high-end cuisine and returned to the center area which was arranged with luxury cafe tables and seating provided by Motif’s furniture team.

The exhibit was so successful it is currently in its fourth year of use and continues to function as designed. Since its debut, it has been pre-booked to capacity in advance of every IHHA Housewares event. Demand to enter the exhibit has become so high that the International Housewares Association has received many complaints and asked Telebrands to be less exclusive and more open to the show’s general public. In 2018, the company re-branded the exhibit to highlight its Bulbhead brand and its e-commerce initiatives. The seven 50′ long arches were changed from blue to yellow and the Telebrands logos were replaced by three Bulbhead logos — a testament to the adaptability of Motif’s engineering. 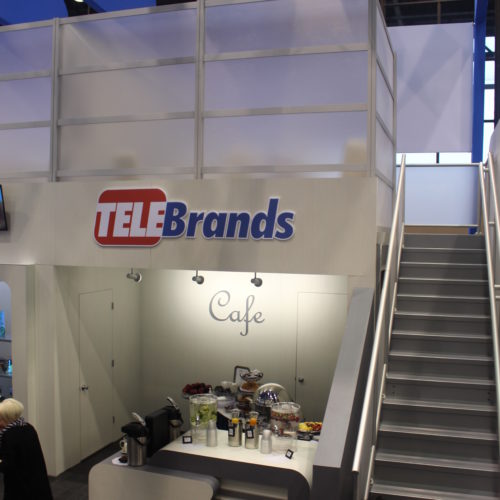 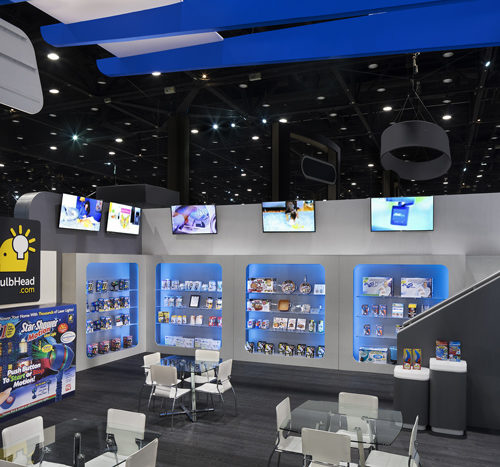 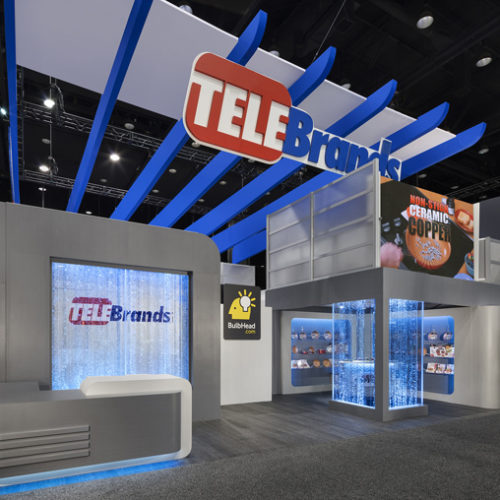 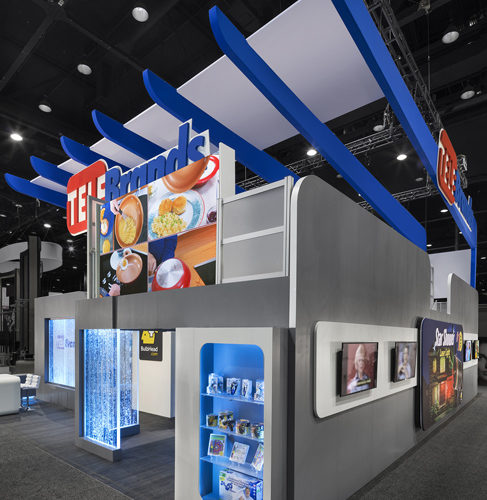 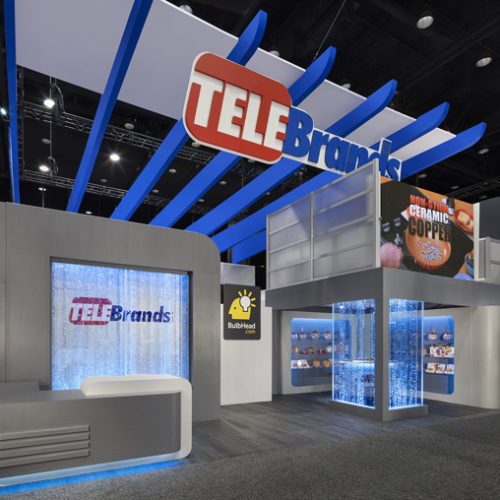